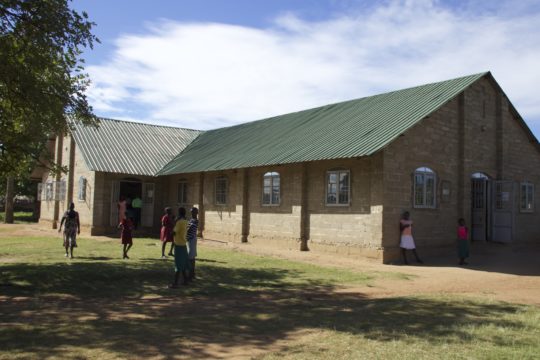 In 2006, St Philip’s Church in Yei (previously called Zamba Church) decided it was time to move on from its old building built of mud, sticks and thatch and start to construct a much larger permanent structure.

The church began a massive fund raising effort and, to help them, The Brickworks agreed to fund the roof construction. Year by year, the congregation gave sacrificially and brick by brick, step by step, the new church became a reality.  When we took these photos, there was still much to do.  Doors, windows, plastering, floor, electrics, ceiling and so much more.

Imagine the excitement when on 15th June 2014 the building was completed and then officially opened by the Bishop of Yei, Rt Rev Hilary Luate Adeba.  Over 2000 people were present to witness the occasion and we were there too, to bring a plaque from the UK and to join in all the celebrations. The photograph below shows the inside of the new church on the day before the opening ceremony – everything smart and beautiful. 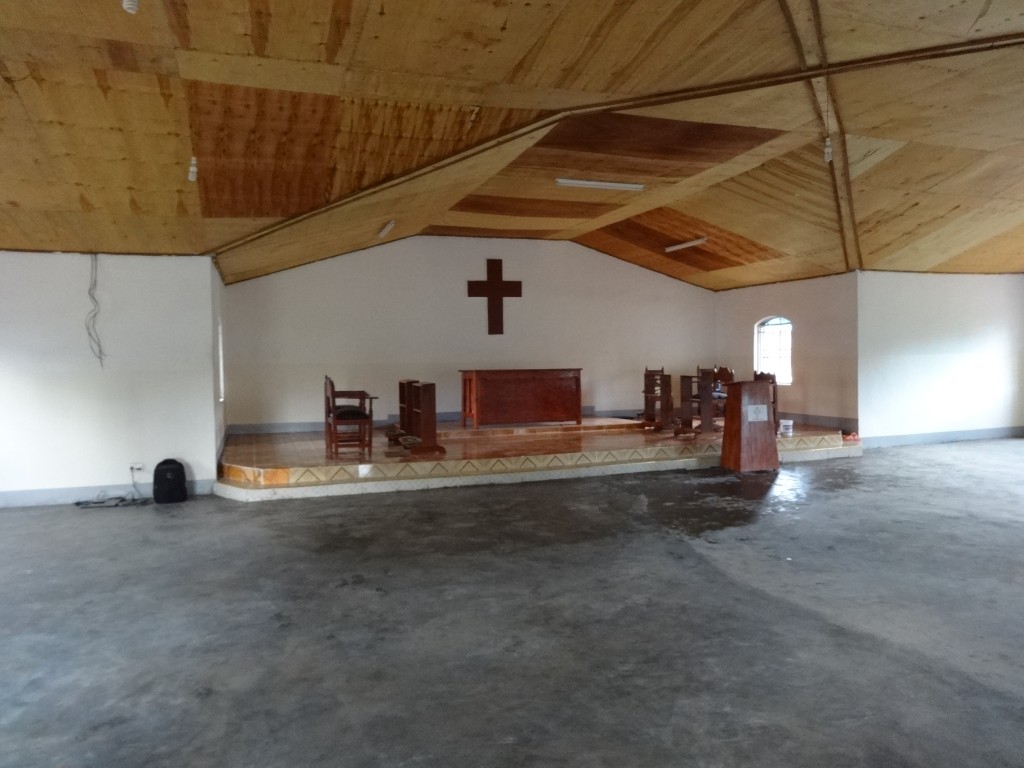 The Brickworks, together with St Barnabas Church Winchester, made a few contributions to the construction over the years.  But the lion’s share of the fundraising was done by the congregation itself and we were often truly amazed at their incredible generosity and commitment to finish the construction that they had started.  St Barnabas Church continues to have a link with St Philip’s Church and there is mutual prayer support.

From time to time, The Brickworks has made other gifts to the Diocese of Yei to fund a youth camp, to St Paul’s Lizira for its new parish office and to Morobo Archdeaconry for leadership training.