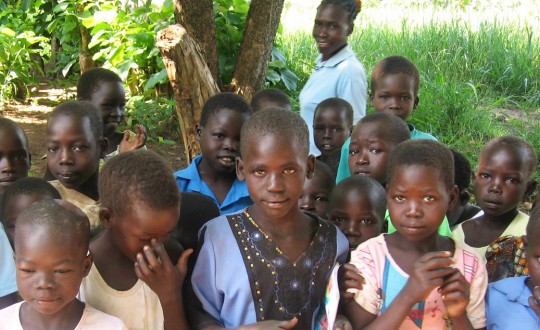 In South Sudan, many schools utilise temporary classrooms made of mud and thatch.  In some village schools, there aren’t enough classrooms and classes may take place in the open air, under a mango tree. 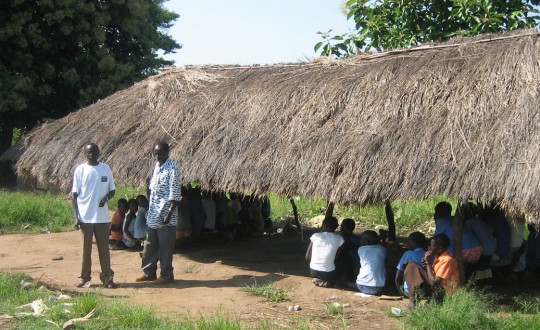 During the wartime years, no schools operated and no schools were built.  Since the signing of the Comprehensive Peace Agreement in January 2005, a great deal of investment in schools has taken place but the needs are enormous.

The Brickworks does not normally have sufficient funds to build complete schools or new classroom blocks but in the past we have worked with partners who have provided the funds and, in co-operation with the relevant Diocese, we have let the contract and overseen the construction.

In 2015 we worked with African Revival to construct four new classrooms which were officially opened by the Minister for Education in May 2016.  In 2021, we hope to build another block of four classrooms at this school to replace those that are in very poor condition. 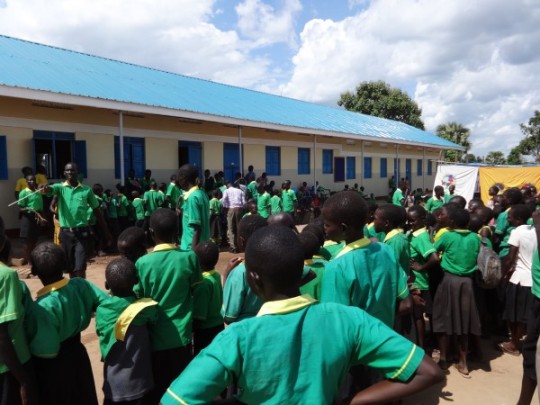 In 2016, with funding from a private donor, we were able to construct 4 new classrooms for Wudu Primary School in KajoKeji and 4 new girls dormitories for the Diocesan secondary school at Romogi, KajoKeji (shown below). 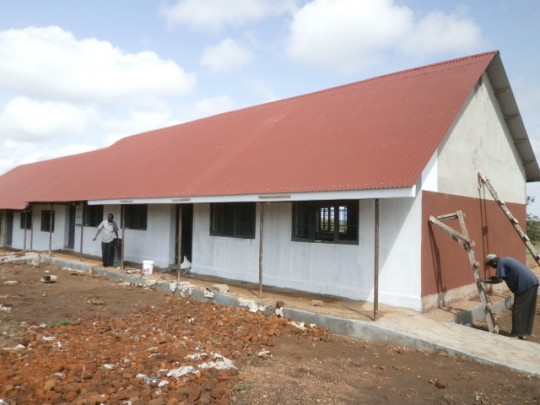 Our method of procurement is to handle all contractual, tendering and payment issues from the UK and to leave site supervision and liaison with the Education authorities to a trusted local representative.  The Chairman of our Charity was involved in the project management of school construction in South Sudan from 2008 to 2012, involving the completion of 11 schools, and the method proved very successful.

While we will continue to invest in new classrooms and new facilities when the funding has been provided, we believe that we must also invest in training teachers.  So far we have helped 20 primary school teachers to study for a Teaching Diploma and in 2021, we will sponsor ten more. The photo below was taken at Yei Teacher Training College. 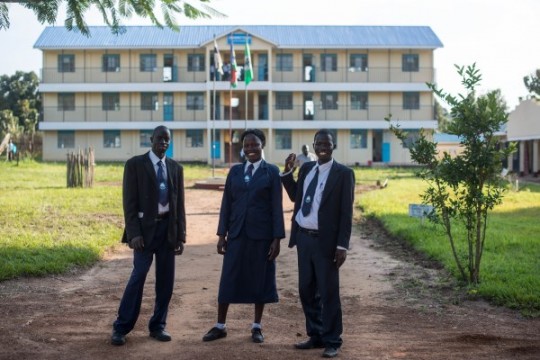